Putin: Our Western partners are creating Chaos in Syria 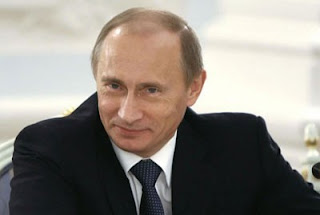 MOSCOW, SANA_ Russian President Vladimir Putin said the West is now spreading chaos in Syria as it did in a lot of countries.

" Our Western partners are creating chaos and can't stop. Having wreaked havoc in many areas, they continue the same policy in other countries, including Syria," Putin added in a meeting with residents of the Russian province of Ryazan (200 km south-east of Moscow) on Thursday.

About his position on the events in the Middle East, including Syria the Russian President said:" "Our position is to encourage change for the better in all countries. We are not imposing, especially by force, what we believe in, but we want to stimulate the internal development," said Putin.

He went on to say "We have warned that we must act with caution, without imposing by force in order not to cause chaos. And what do we see today is a chaotic condition."