Libyan talking about Libyans and other Foreigners fighting in Syria 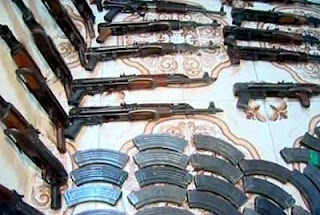 TUNIS, (SANA)_ A Libyan citizen, Hazim M., announced that he worked and collaborated with scores of armed terrorist groups in Syria, with training on explosive devices manufacturing and exploding.

Hazim M., specialized in explosive devices in the so-called Tripoli Brigade, added in an interview with 'Libya Now' News Agency, that he entered to Syria from Turkey illegally and started working with the armed groups in preparing and planting explosive devices targeting Syria Army personnel.

"I worked also in the Syrian City of Hama with the so-called 'Amar Bin Yasser' battalion and was surprised to know that all members of the said battalion belong to Arab and Africa nationalities,'' said Hazim M.

Hazim M. described blasted the ongoing killings and destruction by the armed terrorist groups, which consist of gangs and killers, Calling on Libyan and Arab fighters not to enter to Syria because the ongoing there is never a popular revolt.