News on President al-Assad Agreeing to Leave Power and on Mrs. al-Assad Arriving in Moscow Denied 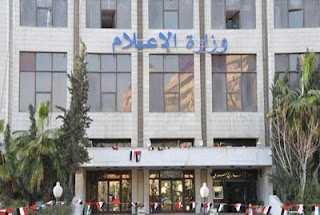 DAMASCUS/ MOSCOW, (SANA)- Russia's Ambassador to France, Alexander Orlov categorically denied what was ascribed to him on President Bashar al-Assad agreeing to leave power in an interview with Radio France Internationale.

The Russian Ambassador's denial came in an interview with the French BFM TV.

Ministry of Information dismissed as "completely untrue" what some TV channels ascribed to Russia' Ambassador in Paris Alexander Orlov on President Bashar al-Assad agreeing to what they said leaving power in an "orderly way".

The Ministry said in a statement on Friday that the interview Orlov gave to Radio France Internationale had been recorded and posted on the net, but it was distorted, stressing that the Russian Ambassador did not say what it was attributed to him.

"I don't want to comment on any rumors," Russian Foreign Ministry spokesman, Alexander Lukashevich, said on Friday.  He added that the issue of Russia offering President al-Assad asylum is not worth commenting on, recalling that this issue was previously commented on by Russia' Foreign Minister.

"This is not worthy of any kind of reaction , especially that you saw yesterday President Bashar al-Assad on TV with the new defense minister," said Lukashevich.