A group of around 150 militants from Arab, Islamic and African countries are being stationed as of Saturday at Bab al-Hawa border crossing point between Syria and Turkey which was closed off by Syria since June 2011, in full sight of the Turkish authorities.

According to a photographer from Agence France Presse (AFP), around 150 militants from Algeria, Saudi Arabia, UAE, Egypt, France, Chechnya, Tunisia and some African countries are stationed on the crossing point.

He reported that a number of the militants said that they belong to Taliban, while others said they're members of Al Qaeda's branches in Maghreb countries, adding that the militants are armed with AK-47 rifles, RPG launchers, and handmade mines.

It should be noted that the Syrian Arab Army killed terrorists of various Arab nationalities during their clearing of al-Midan and al-Qaboun neighborhood.

In June, New York Times reported that CIA agents stationed in Turkey are supersizing the delivery of weapons to the Syrian opposition, while many terrorists admitted in televised confessions to smuggling weapons from Turkey to the armed terrorist groups in Syria. 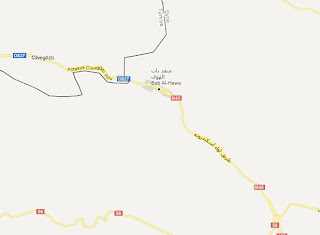 UPDATE JULY 28, 2012: Syrian Forces have taken back control the Border Crossing which is nearest to Aleppo, at Bab Al-Hawa. It cannot be a coincidence that troops took over the border crossing and a while later a large offensive by militia was started in Aleppo. For more see (2, 3)